All posts
Ed Kohler is Named The 2019 Rainbow Award Recipient

Congratulations to our Jet Mail CEO, Ed Kohler for receiving the 2019 Pitching in For Kids Rainbow Award.

“Ed was a much-deserved recipient of this award, as he's been involved with Pitching in For Kids since our inception in 2004. Ed has continued to lead by example, and go above and beyond with his efforts through Jet-Mail and personally these past 15 years. Whether it's Ed's involvement on our planning boards, sponsoring our events, donating auction items, running half marathons, introducing us to new supporters, printing needs, and so much more....Ed has stepped up, and been a champion for Pitching in For Kids. It's with Ed's support, kindness, generosity and friendship that we know he truly carries out Rainbow's message by making children happy,"  said Kevin Ward, the Pitching in For Kids Marketing and Event Director.

Kevin went on to say, "Ed is one of those rare individuals who always looks out for our mission and is helping us out in ALL of our endeavors."

When asked, “Why do you volunteer,” Ed replied, “I do it for the kids. It’s all for the kids!” Ed has been supporting and volunteering with the Pitching in For Kids organization since 2014.

What is the Rainbow Award?

The Rainbow Award was created by the Pitching In For Kids organization in 2014 after they lost one of their long-time supporters and friends, Rainbow (Sayeed Abdul-Muntaqim). Rainbow was a guest at the annual golf tournament every year, and always brought a smile to everyone’s face when he was present in the room. Rainbow dedicated his life to making children happy by performing with the comedy basketball team, The Court Jesters.

At this event, which was two weeks prior to Rainbow’s passing, he stood up at the end of the tournament and addressed the room of 200 people. He ultimately said goodbye to all and asked everyone to keep his spirit alive by continuing his passion of "making children happy." After he passed, the organization dedicated this inaugural award to be presented each year at the golf tournament. It must be bestowed upon a person who is helping in the mission and goal, and giving the extra effort that isn't asked of them, but take it upon themselves to perform in hopes of "making children happy." 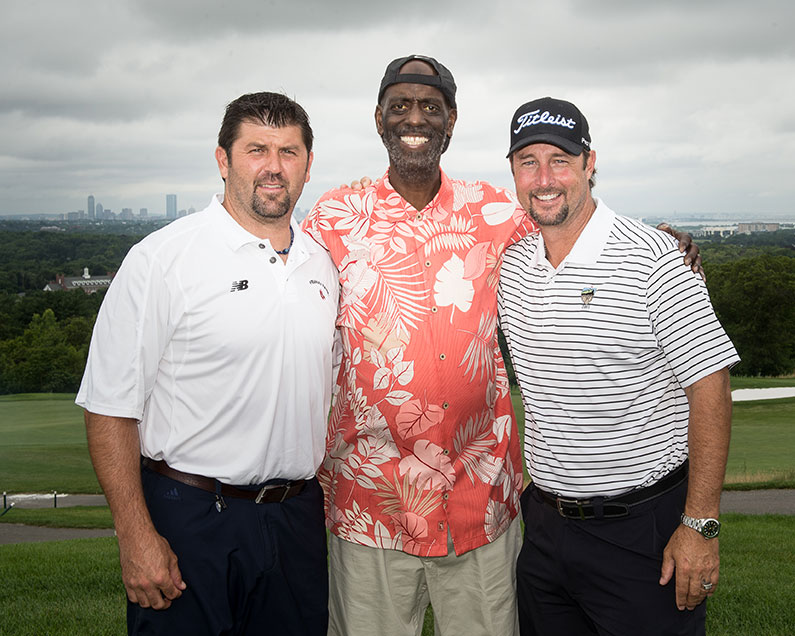 Pictured Above is Rainbow with Jason Varitek and Tim Wakefield from a 2013 event.

What is the Pitching in For Kids Organization?

Pitching in For Kids, Inc. is a nonprofit organization dedicating to providing specifically earmarked grants designed to improve the lives of children across the New England region through sports-related fundraising events and programs. For more information, visit their website or contact us today.

In years past, Jet Mail has been a proud and generous contributor to Toys for Tots, Gifts for Kids and The Farley School in ...
Start Reading
Monica Clabaugh 5/28/19 5:25 PM

In today’s digital age, the art of the handwritten note  has been rediscovered by businesses to show appreciation to their ...
Start Reading

To learn more about our services and how we can help expedite your marketing fulfillment, start by speaking with a Jet Mail team member.